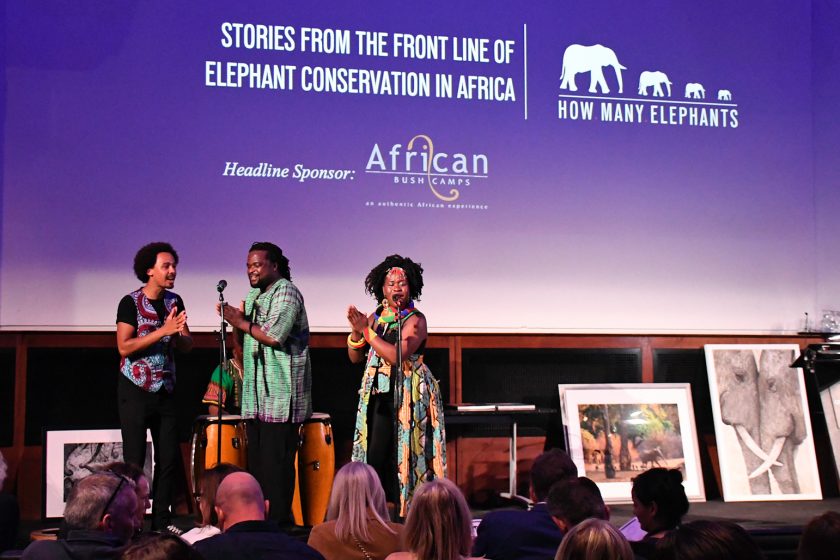 This follows on from our post of 22 October https://www.wildlifephotographyafrica.com/national-park-rescue/

TMD – You’re obviously not going as far north as Tanzania or Selous.
NM – No, because they’ve lost 70% of their elephants, they’ve been smashed.
We had decided to focus on the KAZA because it’s got half of the remaining elephants in Africa; so that was already our focus, we wanted to be there, and these 2 parks got flagged up as being particularly interesting.
So Mark & I drove to Sioma Ngwezi and met the parks authority there and we discussed with Peace Parks, who are operational there, the possibility of coming on board and taking over the law enforcement of that park but we wouldn’t have had sufficient autonomy there to have made a real difference so we switched our focus entirely to Chizarira which had lost about 3,000 elephants in 10 years. It had lost all of its rhinos, it had lost 70%-80% of its buffalo, similar numbers of plains game. It was down to 2 prides of lions, probably 25 lions, so it had very clearly been neglected.
Then it was a case of visit the park, meet the park authority and start to negotiate an MOU (Memorandum of Understanding) for us to be able to work there. The MOU is our contract of operations; it states our responsibilities and their responsibilities and makes it all legally binding for a term; which is 5 years in this case with the option to renew for a further 5 years.
That process took many many months. It was expedited because we partnered with a local Zimbabwean NGO. To come in as an external organisation and get an MOU from the Zimbabwean government just wouldn’t have happened so we partnered with a Zimbabwean NGO.

TMD – You mentioned finding and removing snares but also catching poachers. What authority do you have, or does National Park Rescue have, that allows you to do that?
NM – In Malawi Mark and our other staff who were operational on the ground in Malawi were Honorary Rangers; they were the first Honorary Rangers, issued with an Honorary Ranger card specifically for that purpose.
In Zimbabwe it is different, they don’t have that Honorary Ranger scheme. If you have an MOU to work inside a park than you are allowed to perform an arrest in the same way as a National Park Ranger. Leon Varley is the guide that has led the most safaris in Chizarira and he has performed an arrest on 2 occasions inside that National Park, while escorting clients.
The other main thing is that we are supporting the Park Rangers that are there. There are about 31 Rangers inside Chizarira and we are significantly up-skilling them by providing them with the training, expertise and kit that they need to perform their jobs. Our staff are allowed to arrest but then we are also able to massively boost the capacity of the Rangers inside that park so they can increase their number of arrests.

TMD – Are you also training the Rangers at the same time so that they are able to modify the way that they work going forward?
NM – Yes. All the Rangers in Zimbabwe will have spent 3 months in Ranger College at Mushandike, after which they are handed an AK and sent off the National Parks and then don’t really receive much in the way of ongoing training after that.
We’ve had continual training since we started 18 months ago to really try and up-skill them but we’ve also worked with the Area Manager, the most senior ranger in the park, to adapt the way they patrol to try and maximise their chances of encountering and arresting poachers.
It’s little bits of training but it’s working on the whole methodology around that law enforcement response.

TMD – If you don’t mind me veering a little bit off topic, there’s a lot of media attention given to poaching in Southern Africa and the approach that should be taken to combat it.
One of the recurring questions that comes up is how aggressive rangers should be in their pursuit of poachers. Is it right to tell them to ‘shoot to kill’? Should they be regarded as a ‘go out and find them and deal with them’ force or are they a protection force?
NM – The way that I see Rangers is that they are an extension of the Police. In Zimbabwe, their indemnity is the same as the police; they are allowed to arrest, they are allowed to use lethal force if they need to but of course that is actively discouraged.
A dead poacher is a human tragedy and it is also a loss of intelligence. A dead poacher can’t tell you who he’s been paid by.
Rules of engagement are absolutely critical; we need rangers to be able to arrest people in the safest way possible, both for them and for the poachers but we also need them to be able to protect the assets that they are paid by the government to protect and National Parks are a government asset.
If you think of countries like Botswana & Zimbabwe, an enormous proportion of their GDP comes from wildlife tourism. If that wildlife is killed it has a serious impact on their ability to raise revenue.

TMD – Another tangent, but relevant. An enormous amount of their GDP comes from tourism, how much of that revenue is put back into securing the future of that resource?
NM – That’s down to the government to answer that. In Zimbabwe’s case the Parks Authority are an Authority not a Department, so they have to generate their own revenue as opposed to getting a share of tax revenue from the government and they do that through tourism receipts and hunting safari receipts.
At the moment Zimbabwe is not sustainable, there’s not enough money coming in to pay for the parks and that needs to change. Tourism is running at about 30% of what is was 11 years ago and that is a disaster. We need to get it back up.
In Botswana it is the second largest earner of GDP after diamonds; they’ve got a model that’s working well. What they need to make sure is that the communities living next door to the National Parks are realising those benefits themselves and that’s been the big argument since Khama left and the new President came in.

TMD – How many are you at NPR?
NM – In the Park itself, we’re running at about 35 staff. One of those is a white Brit – I go to & from so I don’t count – 2 are white Zimbabweans, they’re a couple, and everyone else is black and between 25 – 30 of those have been hired specifically from the local community. That makes us the largest local employer; we’re a larger employer than Parks.

TMD – How much time do you have to spend away from home? You’ve got a young family, I can see the evidence.
NM – Yes. I have a 4 month old daughter.
I’m away probably a third of the year, give or take. Like any organisation we need a base, we need somewhere that has constant wifi and someone that can go into London at the drop of a hat, so we always need a base here, and that’s me. Mark, my co-director does the opposite, he’s in Zimbabwe for two thirds to three quarters of the year.

TMD – When you moved from Liwonde to Chizarira, how many of your core team stayed the same?
NM – 4

TMD – So everyone else is recruited for the project.
NM – Yes, there are 4 of us as Directors, 2 of us that are particularly active Directors and 2 that are Executive Directors that take more of a part-time role, whereas Mark and I are full time. Everyone else is hired locally, that is key. We can’t be a typical aid organisation where all the skills come from outside and nothing happens locally, we have to be up-skilling our local people and contributing to the local economy.

TMD – Where do you get your funds?
NM – High net worth individual donors, philanthropy predominantly. There’s an element of public donation as well and some grants.

TMD – African Parks is mostly dependent on philanthropy as well isn’t it?
NM – Their biggest source of funds is the Wyss Foundation. They got USD64 million recently, which is not an insignificant sum. They also have a very strong relationship with the Dutch Post Code Lottery; they get a lot of ongoing funds from there and they are now big enough and well enough known to be getting public donations as well, and they’ve got a significant partnership with the National Geographic Society and a few other people as well.
Their model started with a single individual; Von Vlissingen set it up around the turn of the Millennium to identify a failing National Park in South Africa and make it work again. They succeeded and by next year they’ll have 20 parks across Africa.
There’s been an exponential growth and if we can even do a fraction of that I reckon we’ll have done well.

TMD – I remember a conversation I had with one of the directors of African Parks a while ago and it seemed that they were given parks that nobody had heard of to start with and had to prove that they could do the job and gradually they are getting their teeth into more iconic parks.
NM – Well look at what they’ve done. It’s been extraordinary.

TMD – It has been suggested that they should be taking over some National Parks organisations and running it so that they can make it more cohesive.
NM – I completely agree. They are the single most effective conservation organisation on the Continent, by a mile.
We’re trying to copy them, to an extent. The big difference is that we don’t – YET – take over every aspect of the park, ie the full responsibility for everyone’s salaries.
That’s why they don’t operate in Zimbabwe; because the Zimbabwean government will not allow an external organisation to hire all the rangers in a National Park. You can do that in private reserves but not in a National Park, so that’s why they’re not there.
That’s where we’re different from them; we’re operating hand in hand with civil servants; rangers that are employed by the government and we don’t have final say over them, the government does.
African Parks don’t have that model, they take over everything. They’re more effective because they do that but you might also say that they don’t get the opportunity to up-skill the government staff in the same way. What they are doing is working.

If you would like to support their work you will find options for donating on their website – https://www.nationalparkrescue.org/