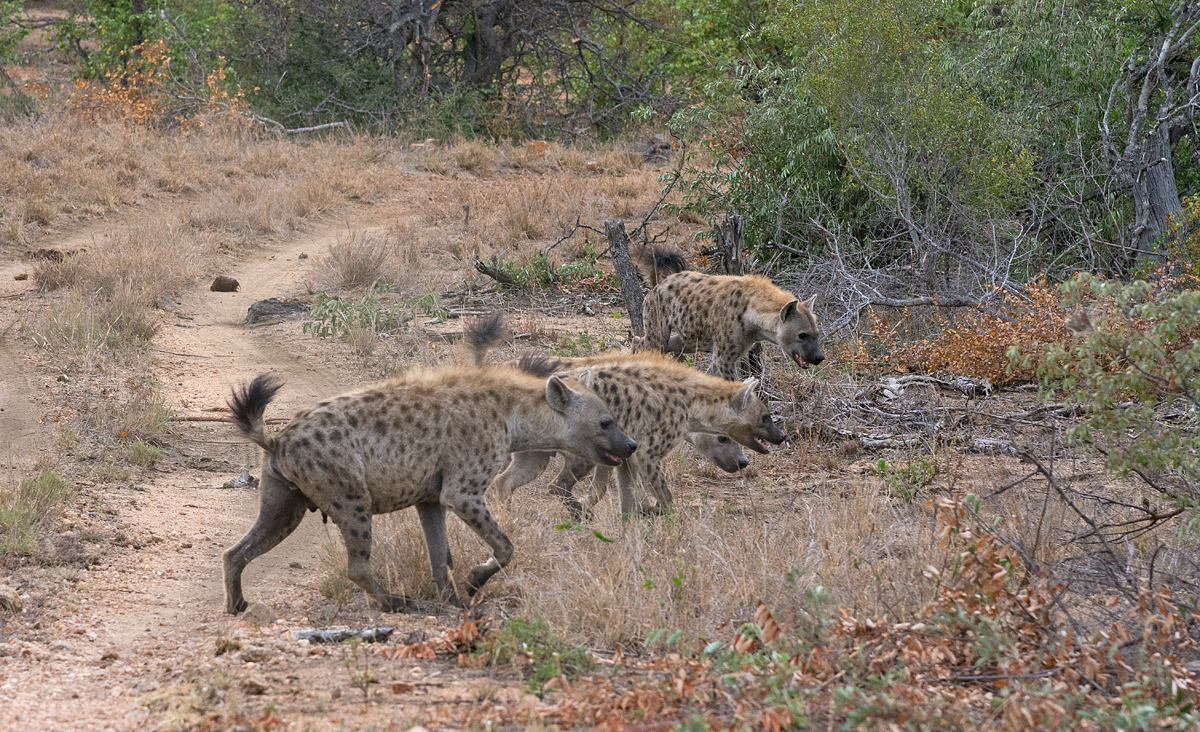 How many hyaenas does it take to tackle a warthog?

With lions and leopards proving elusive, we went in search of something easier to find and likely to be more active. Hyaenas.
Spotted hyaenas are much easier to locate than lions or leopards because they have a den and, when they are not scavenging, they will often rest or sunbathe close to the den. This is even more the case when they have young pups.

As expected, when we arrived at the den the hyaenas were just lounging around; some of the pups were extracting the last morsels from the remains of whatever they’d been feeding on the night before. I reckon there were about 6 adults, a couple of adolescents and there were also much younger pups inside the den. They were all very relaxed. 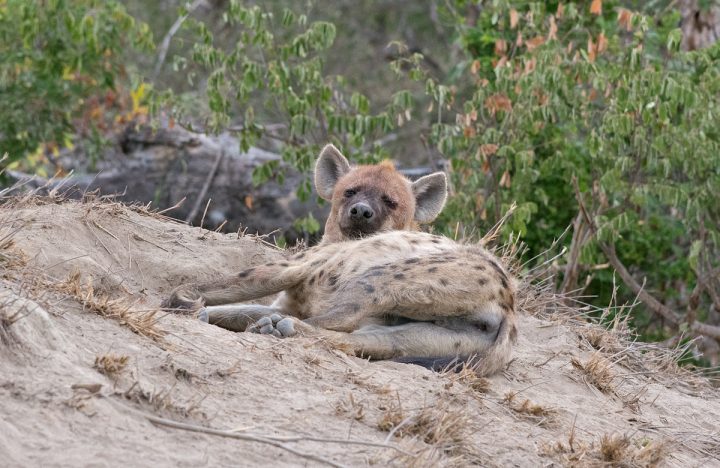 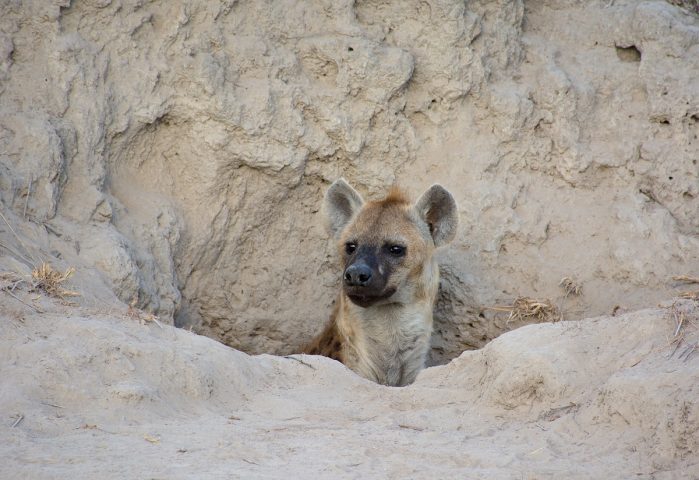 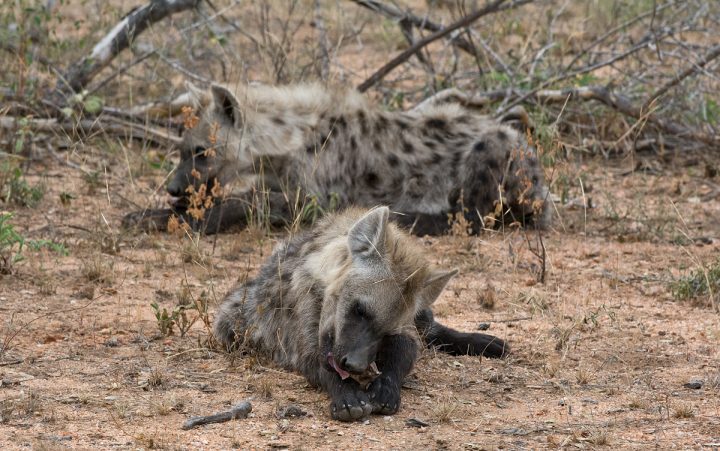 Suddenly they all leapt to their feet and scattered in all directions. Just as we were wondering what had spooked them a large male warthog strolled up to the termite mound where the hyaenas had their den. He didn’t seem at all bothered by the presence of so many hyaenas. 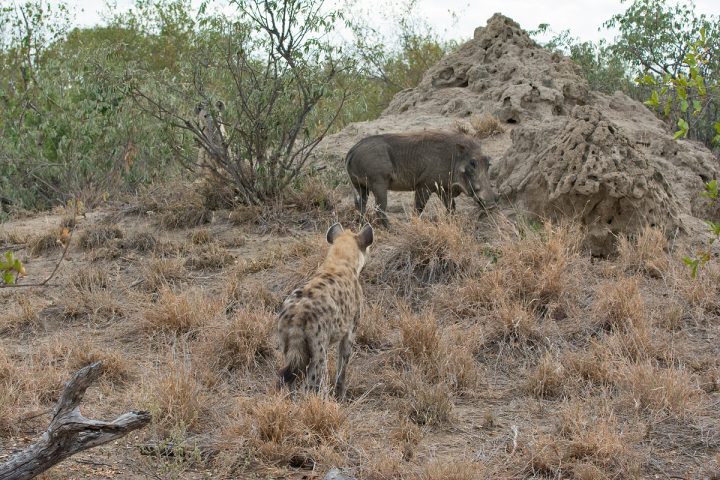 We expected that they would waste no time chasing him away but they didn’t. They were very wary of the warthog and whenever they ventured closer he would turn and chase them off. 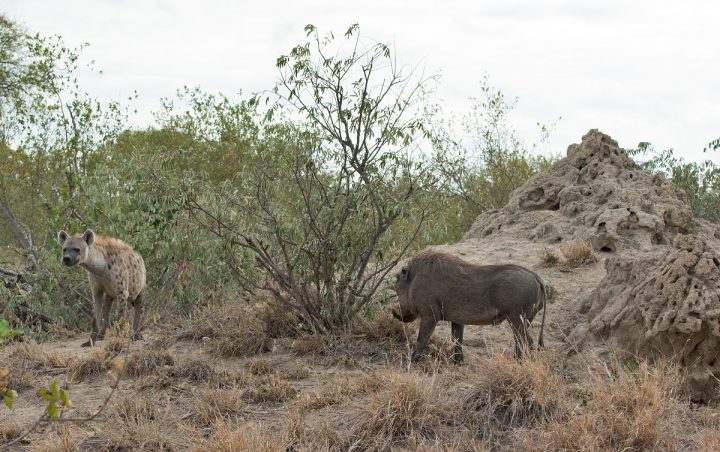 It was quite something to see a lone warthog chasing a pack of hyaenas away from their own den. He would then trot back and continue his scratching. 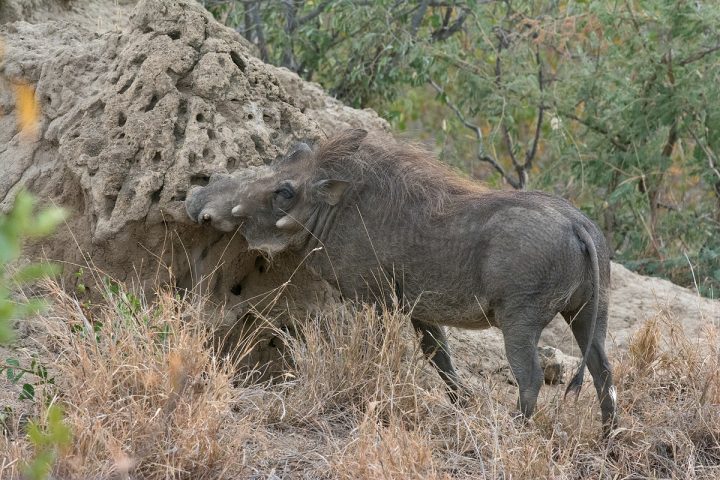 It was only when the warthog started to move away that the hyaenas finally got up the courage to chase him. Now that his was showing them his hindquarters instead of his lethal tusks they felt much braver.
What ensued was comical. The hyaenas would chase the warthog through the thicket, then he would turn and charge them, causing them to retreat. 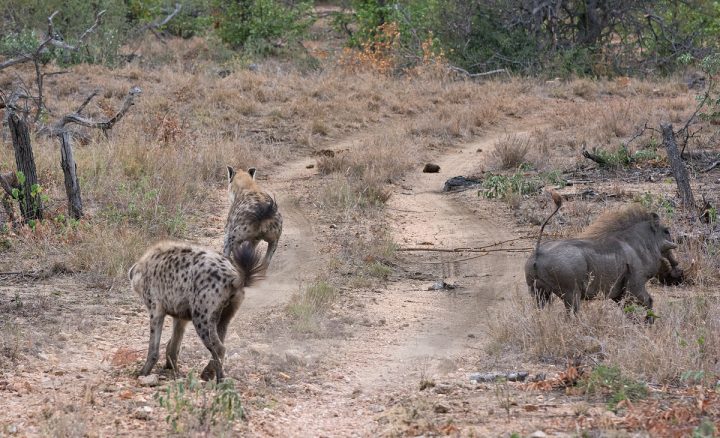 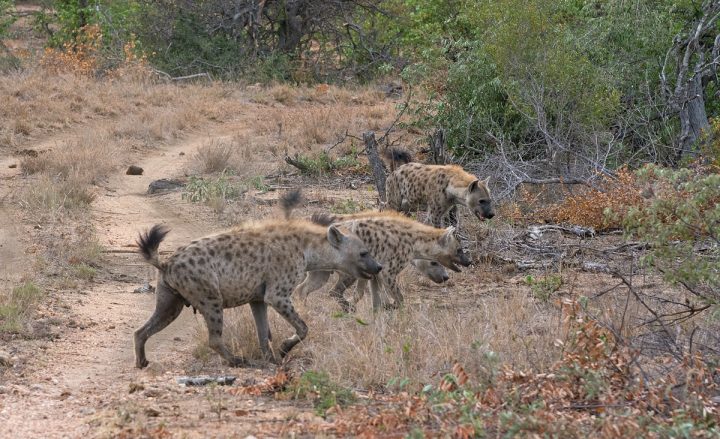 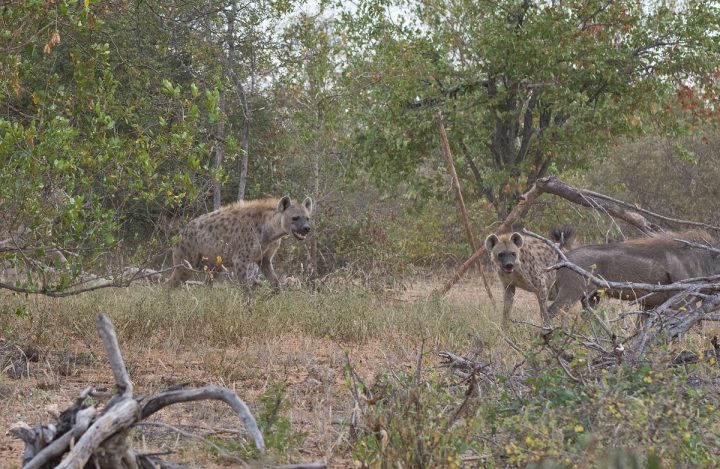 This went on for several minutes until the bush became too dense for us to follow.

So how many hyaenas does it take to chase a warthog? More than 6 apparently.