Let’s make it clear from the start that this is not an in-depth technical review; rather a series of first impressions based on 2 field trips. Having said that; is there a better way of finding out if a camera will do what you want?

I’ve used Nikon cameras for many years and have no quibbles about the image quality or the ease of use of their DSLR cameras, BUT I am tired of lugging around 15kg of camera gear (2 bodies+ 3 lenses) every time I go away.
The idea of a bridge camera has become more and more appealing as the quality has steadily improved and the focal range of the lenses has got longer and longer.
I realise a compact will not give same image quality or scope for enlargement as my DSLRs but the appeal of a lightweight camera is huge and I was sure there must be something out there that would combine a light weight with decent images.

A shortlist of 2 – bigger sensor or bigger zoom?

After a lot of research I narrowed my shortlist down to 2 cameras – the Sony Cyber Shot RX10 and the Olympus Stylus 1.
The Sony has a larger sensor and does offer slightly better image quality but Olympus has a greater zoom range – up to 300mm compared to the Sony’s 200mm.

As I take mostly wildlife images I wanted the greater zoom; even though I know that the Sony’s bigger sensor will give great scope for cropping or enlarging.
The fact that the Sony is almost twice the price was also not an insignificant factor in my decision making process.

The Stylus 1 has a zoom range from 28mm-300mm. There are bridge cameras out there that boast a zoom that extends to 1000mm but from all I have been able to discover, even those from big names like Canon & Nikon do not rate very highly in reviews when it comes to image quality.
Also, and this is a biggie for me, the Olympus Stylus 1 has an electronic viewfinder Most bridge cameras only offer an LCD screen, they do not have an optical/electronic viewfinder. For me this is essential.
What good is a camera that can zoom to 600mm or 1000mm if you cannot hold it steady? Believe me, it is almost impossible to hold a camera steady enough to use a 600mm zoom when using a rear LCD screen. Added to which LCD screens are almost impossible to view clearly in bright sunlight, making it very tough to accurately compose a photograph.

So, I took the plunge and bought myself an Olympus Stylus 1.

As soon as I got it out of the box I was impressed with the quality feel of the camera. Even though it is small, it feels substantial and well built when compared to most bridge cameras.

I looked in vain for a user manual, eventually discovering that the only one provided was a downloadable PDF file. This was disappointing.
Once I had downloaded this PDF manual there was further disappointment when it became apparent that the manual was far from comprehensive and did little more than listing the various menu options without giving any real explanation of of what particular settings would do.
At least when I contacted Olympus support they promptly sent me a printed version of the manual. It contained no additional information but at least it was something I could carry around with me.
Olympus support were also very helpful when I encountered problems updating the camera’s firmware, responding very promptly to my queries.

On the road in Australia and South Africa

On the High Country trip it performed impeccably, although I did notice that the electronic viewfinder did momentarily freeze after a shot whilst the camera was writing the file to the SD card. This meant that for that brief time I could not see anything through the viewfinder. I though that this might be because I was using a card with a fairly slow write speed (45mbps). *** see note below
When I used the camera in burst mode the ‘freeze’ lasted a little longer and even when I was panning to keep the subject in frame, when the viewfinder unfroze, the subject was often nowhere near where I was aiming. Irritating.

Over the course of 3 weeks I used the Stylus 1 as much as I could, often taking the same shot with the Olympus as I was taking with my Nikon, so that I could compare the images. 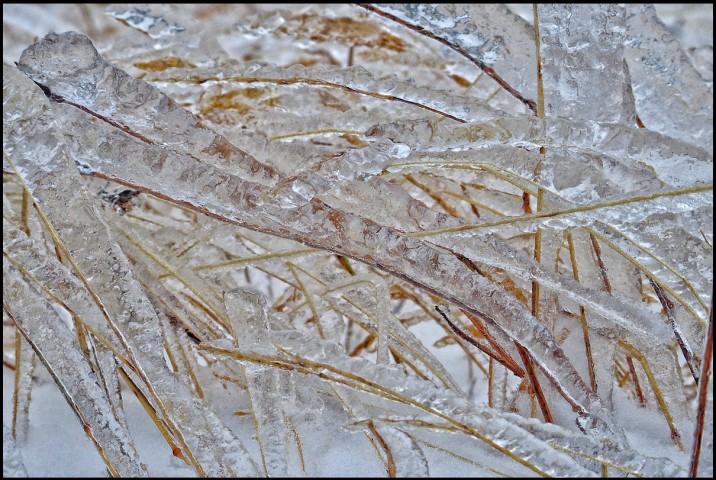 Functions buttons can be customised

A neat feature on the Stylus 1 is that there are 2 programmable function buttons -one on the front and one on the rear.
I programmed the front one to switch between single shot/burst modes and the one on the rear to switch on the 2x digital zoom feature.

One niggle that baffled me was that although the Stylus 1 has an Auto ISO setting, and you are able to set high and low parameters for the ISO, it cannot be used in conjunction with the M (Manual) setting.
On my DSLRs I like to use the ISO as my variable when I am shooting in Manual mode, allowing me to determine both Shutter speed and Aperture.
On the Stylus 1 I could not do this and I cannot really see any reason why this should be the case. But it is, currently at least.

I have to say it was a pleasure carrying this little camera around and, even better, I was very happy with the quality of the photographs I took.

A Leap of Faith

Encouraged by this I decided to take the plunge and take the Olympus as my only camera for a 5 day hiking trail in South Africa’s iMfolozi National Park.
On this trip we’d be carrying all our gear with us in backpacks (approx 20kg) and I really didn’t want the weight of a DSLR and lenses as well.

Having completed the hike, I’m pleased to report that I was pretty happy with my decision. The Stylus 1 performed excellently.

I took a spare battery with me, but never needed it. The battery life was good enough that it still showed as full after 5 days and 500 images.

The zoom range of 28mm-300mm proved just about perfect for the circumstances, although a bit too short for any decent bird photography.

Apart from the – already mentioned – issue of the viewfinder freezing, the only other things that caused a slight problem were

(i) the delay between switching the camera on and it being ready to use.
The delay was only about 2-3 seconds (Basically the time it takes for the lens to pop out and then to get the zoom extended to 300mm.) but there were a couple of occasions where even this short delay caused me to miss a shot.
Now that I am more confident about the camera’s battery life I can overcome this problem by leaving it switched on.

(ii) Because the camera is so small and I have large hands I did occasionally find that my thumb was hitting the control dial on the back of the camera and bringing up a menu in the viewfinder. A simple touch on the shutter release was enough to clear the menu from the screen and it didn’t cause any real problems.

Even more so than in Australia, I appreciated the camera’s light weight and ease of use and it will definitely be accompanying me on future trips where keeping the weight down is a priority.

Many more features still to be discovered

The Olympus Stylus 1 has a lot of features that I haven’t used yet:

There are probably a lot more that I haven’t even noticed yet and I’m sure that I’ll discover them in due course.

I’m sure that as I use this lovely little camera more and more I will learn how to use it better but for now I am very content to have found an ideal travel camera.

*** EVF Freeze – Since writing this review I have learnt that the EVF ‘freeze’ was simply because I had the camera set to show a 2 second payback of images after they had been shot. I turned the playback setting to ‘off’ and “Hey Presto” the problem is gone.

For those of you that like that sort of thing, here are a few of the specifications:

If you’d like to read some more technical reviews of the Olympus Stylus 1, then here are a few of the ones I looked at: