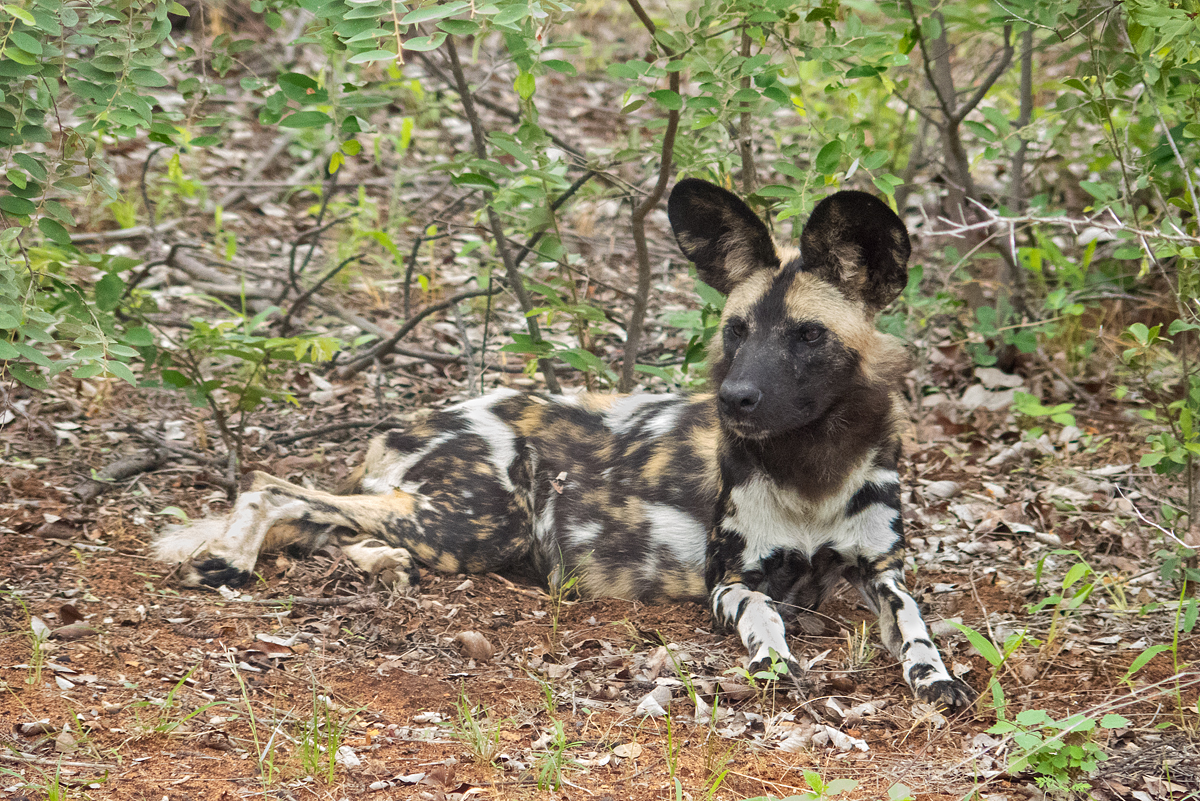 Limpopo Lipadi is a private game reserve that most people have never heard of.
Located in Botswana’s Tuli Block, just a short drive from the Zanzibar border crossing with South Africa, it is a place where your safari will be delightfully exclusive.

I had the privilege of spending a week there earlier this year, and even though the weather was pretty grim – it rained every day – we did enjoy some terrific experiences.

Foremost among those must be our encounters with the reserves wild dogs.
Limpopo Lipadi has a healthy population of African Wild Dogs and our undoubted highlights were the 2 days we spent tracking – and finding – them.

Even though members of the pack have been fitted with tracking collars it is still no easy task to locate them.
You’d think the collars would make it straightforward but the signal they transmit only carries for a very short distance; and this is reduced further if the dog is in deep bush or lying down.

It took us nearly 6 hours of following tracks before we even got a signal.

When we did finally catch up with them it was only because they were resting. In fact we almost drove straight past them, so well camouflaged were they under the bushes. 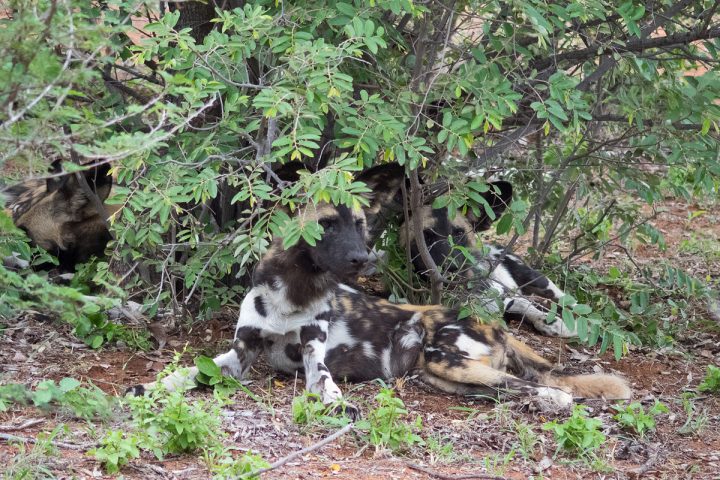 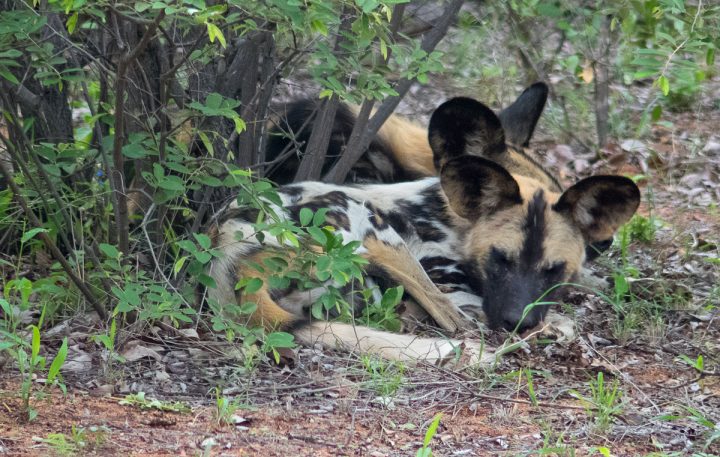 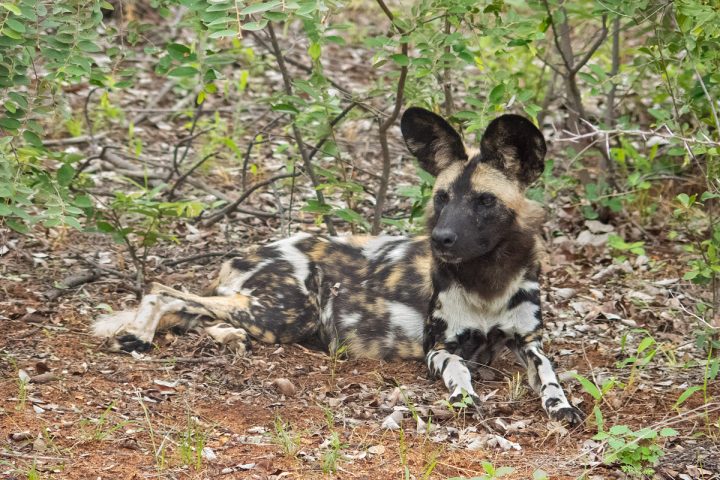 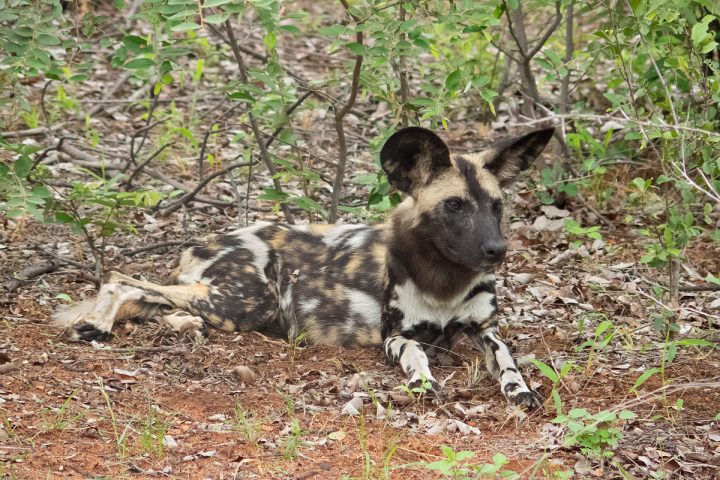 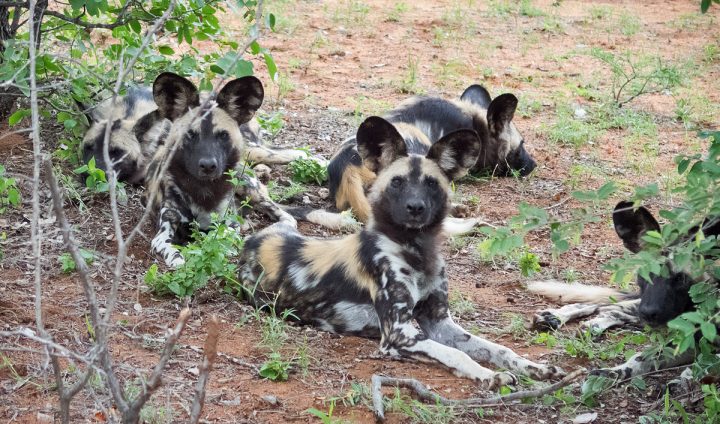 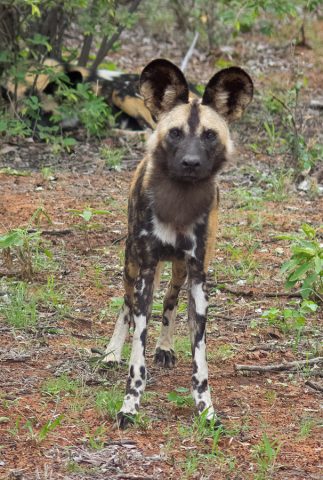 As soon as we moved away they did emerge briefly to have a sniff around the place where we had stopped. 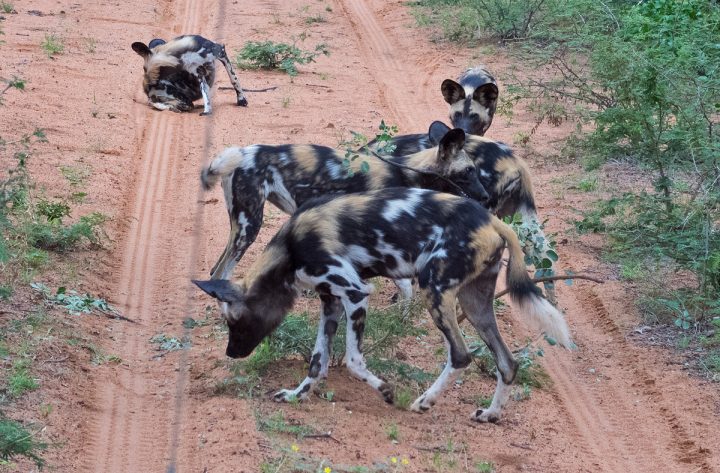 And again when they came to investigate a small piece of boerewors that fell to the ground while we watched them. 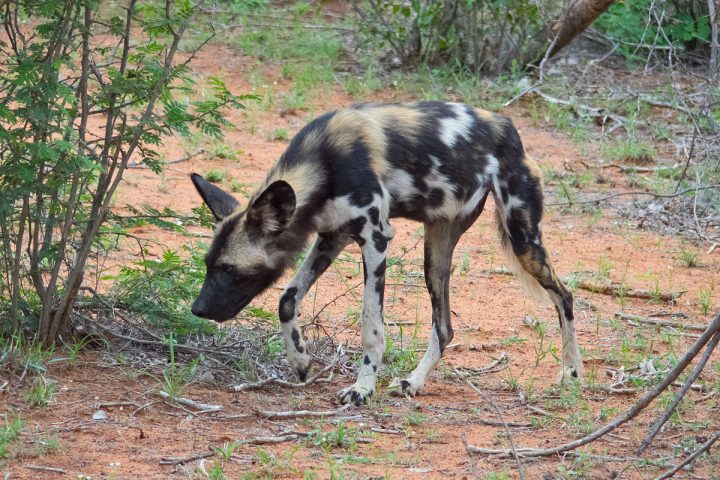 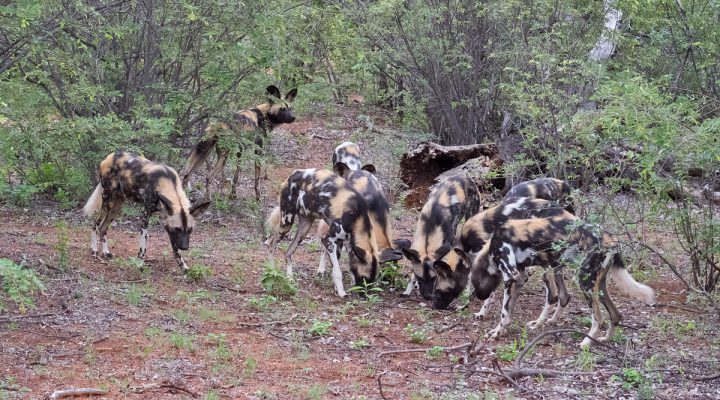 We were all surprised that none of them wanted to eat it. They sniffed at it and one or two of them actually picked it up but dropped it again almost immediately. I know my dogs at home would have scoffed it without hesitation.
A day later, needing to locate them again so the vet could put do some health checks and put new batteries in the collars, we followed their tracks for almost 5 hours and finally located them about 9km from where we had seen them the previous afternoon.When they move, these guys really cover some distance.

Limpopo Lipadi does not have a lot of lions – just 5 in fact – but the ones it does have are doing very well. This pair of young males are without doubt the best fed lions I have ever seen. If they carry on at this rate they will be absolutely massive when they reach maturity. 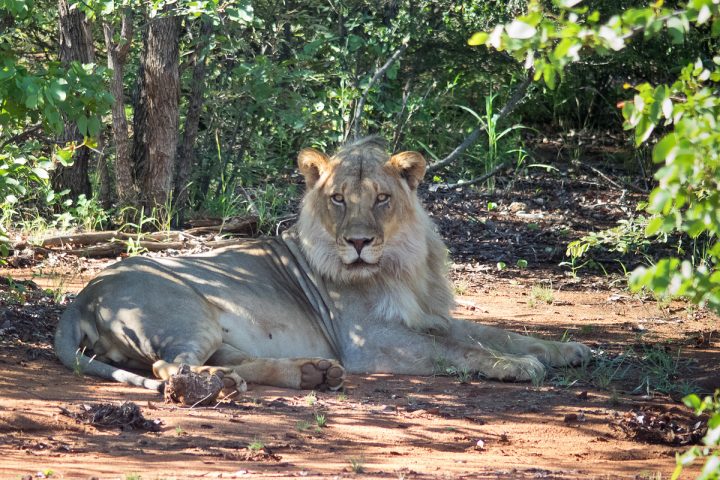 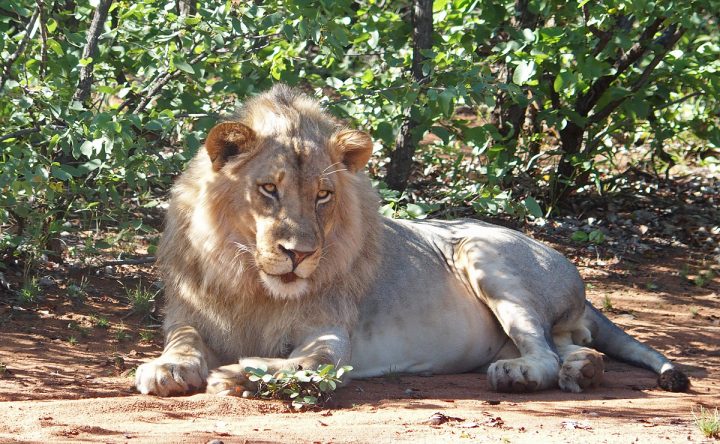 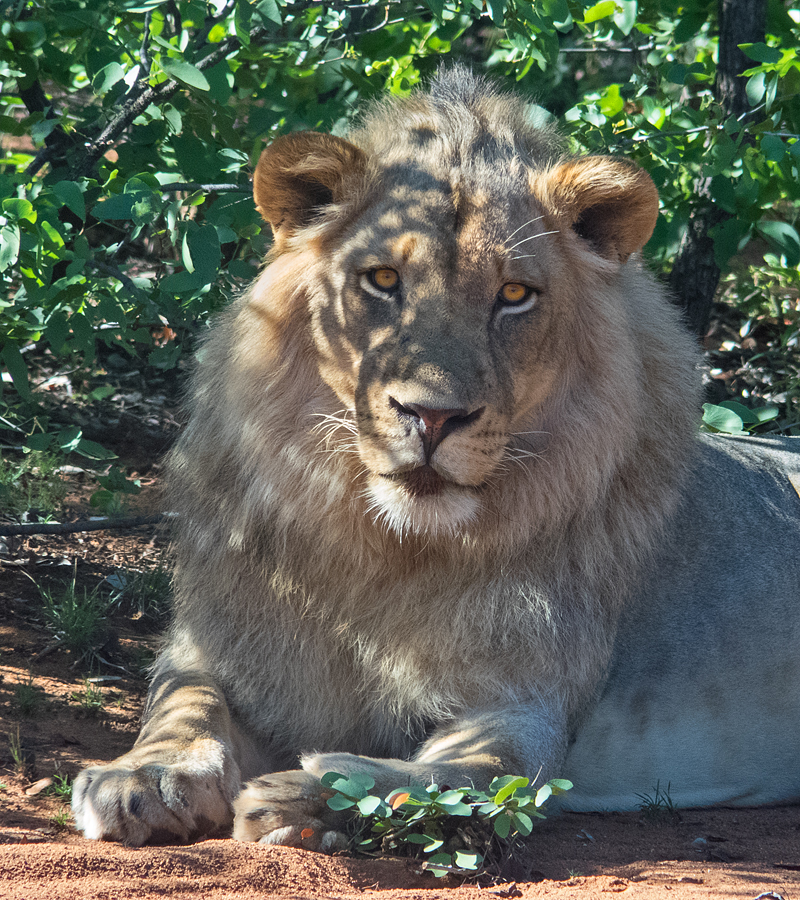 During our week in Limpopo Lipadi we saw a wide spectrum of species from mongooses and bat eared foxes to rhinos and elephants; with plenty of zebras and wildebeest in between. 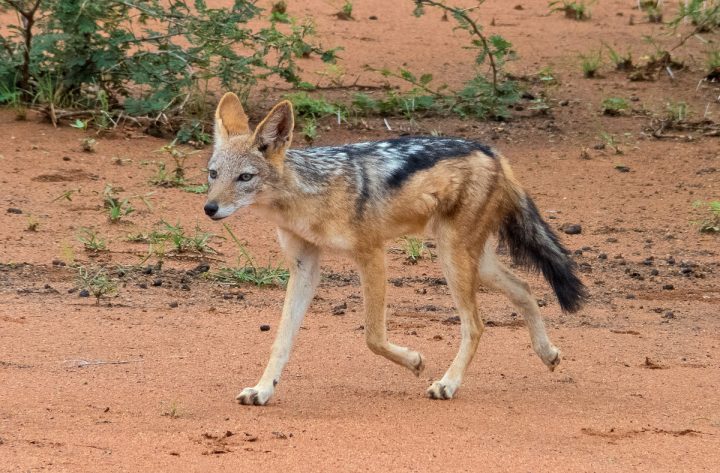 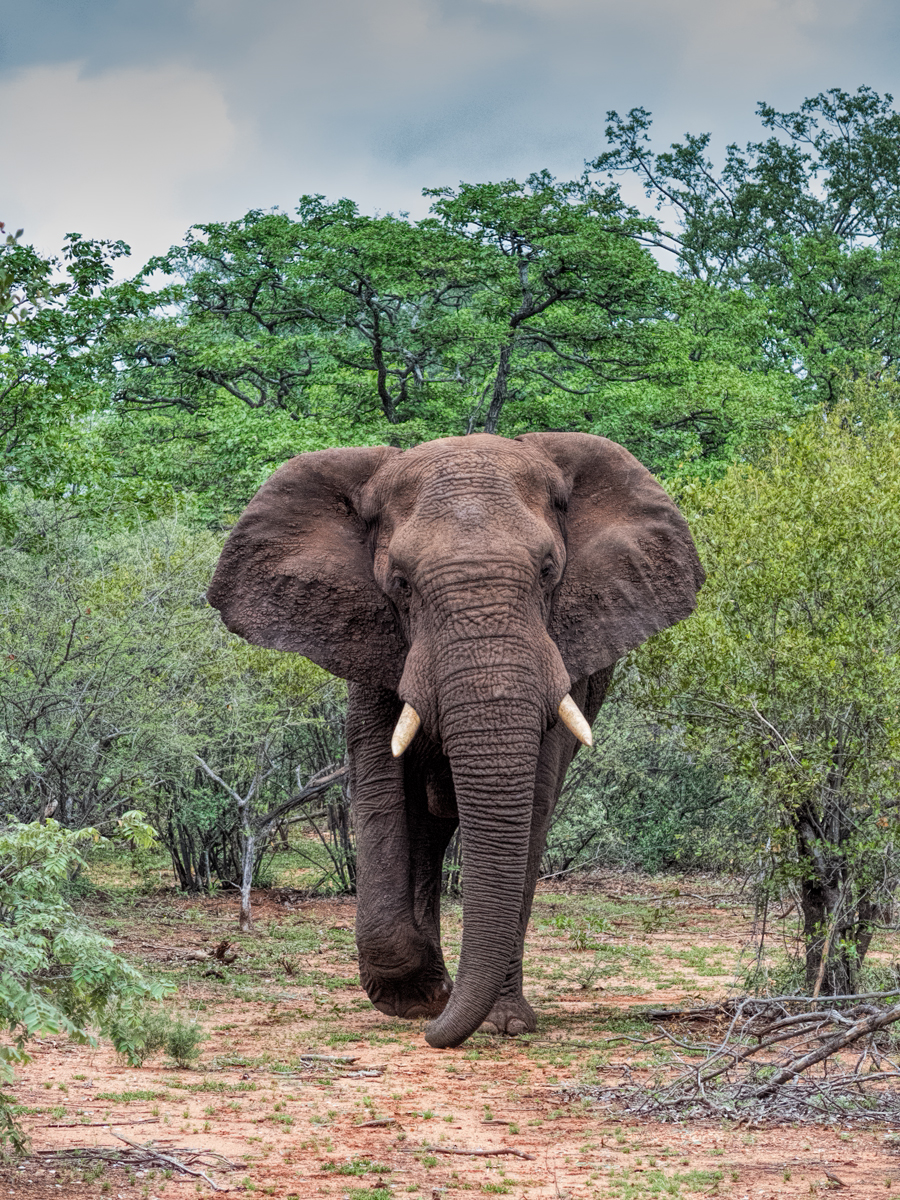 The bird life was good too; I managed to get 80 species on my list and I am by no means an expert birder.

One problem that we did have with the birds was that the dark, heavily overcast weather sucked all the colour from them. Even species like the gloriously colourful Lilac Breasted Roller were just drab blobs.

There were some positives to the rain though – apart from the fact that the parched landscape needed it badly.

Lazing by the Limpopo

The level of the Limpopo river, which flowed right outside our lodge, went from a trickle to a fast flowing torrent, attracting hamerkops and herons to gather and hunt.

I spent a lot of time watching the hamerkops standing right on the edge of the little waterfall outside our room, from where they could snatch fish as they were swept over the edge. 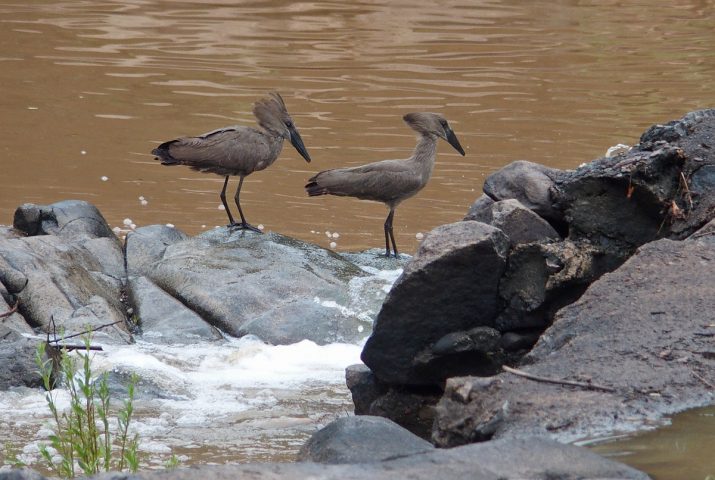 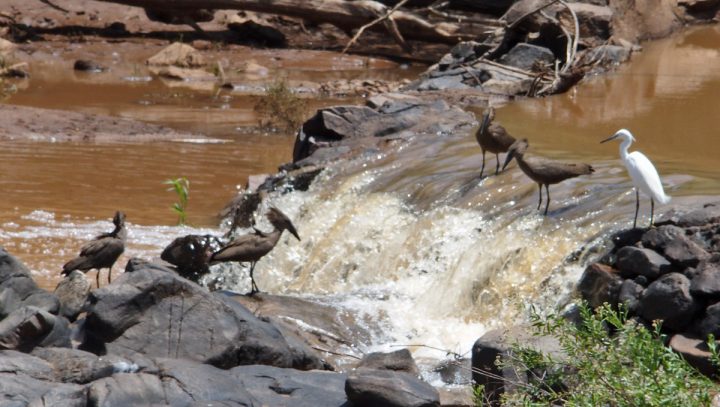 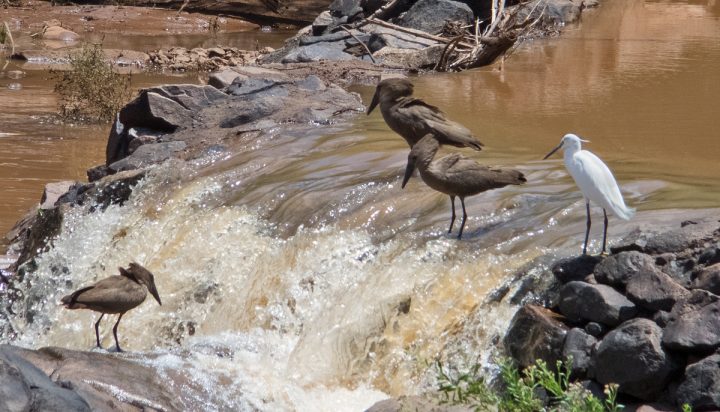 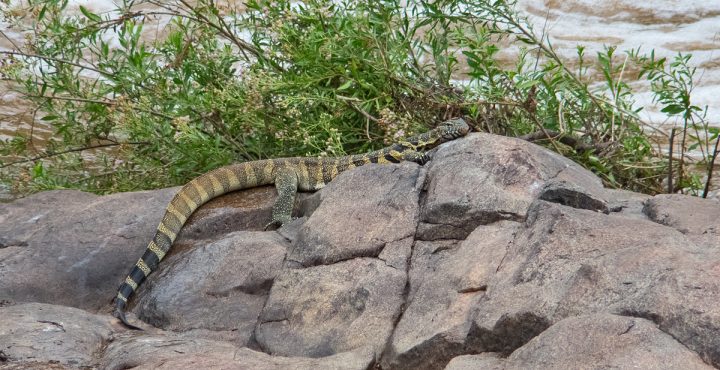 As well as being my first visit to Limpopo Lipadi, this safari also marked another first. It was the first time I embarked on a wildlife trip without my DSLR.
Yup, that’s right, no DSLR.
I’d opted to travel with a much lighter camera bag, containing my lovely little Olympus Stylus 1. It was time, I’d decided, to see whether I could consider it a real alternative to my Nikons.

From the moment we set off I can’t emphasise enough how great it felt to be carrying a 2kg camera bag instead of a 13kg one. At the same time there was a certain amount of trepidation. What if I got a really exceptional sighting and this camera wasn’t up to it?

Only one way to find out.

With the weather being so dark almost everything looked pretty drab. Not great for photography but excellent for seeing how my Stylus 1 would perform in poor light. I already knew that it produced great images in bright weather.

As it turned out, the results were pretty good. A bit more noise than I’d have got from my Nikon; due to the smaller sensor, but not too shabby at all.

and when the sun did come out the images were very respectable.

Overall I have to say I am impressed.