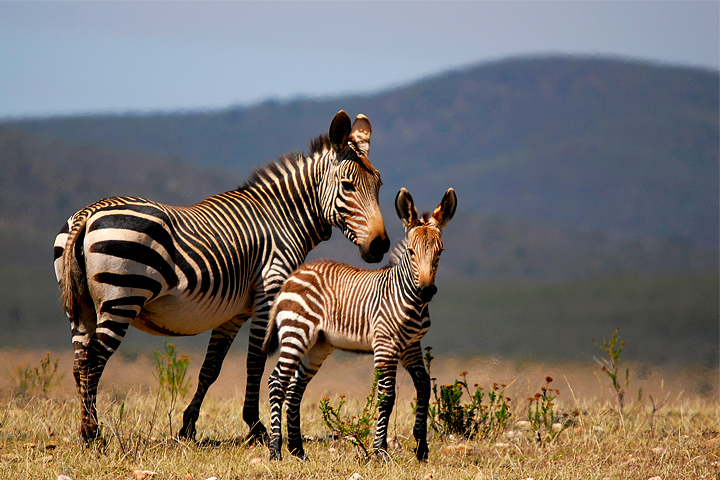 Success in conservation cannot be forced; it relies on the commitment and participation of all stakeholders. Everyone must understand what is in it for them; both those on the ground and directly involved and those who donate funds from thousands of miles away.

Yet, at times, there seems to be a marked reluctance amongst ‘conservationists’ to recognise the work done by private individuals to ensure the survival of endangered species. Owners of private reserves are often regarded as acting solely for their own personal gain rather than from genuine conservation interests.

Personally I think that this is a terrible shame. Surely if we truly want to achieve the survival of endangered species we should welcome all those who are working for the same cause.

We hear all too often how Africa’s parks and wildlife departments suffer from under funding and a lack of resources; instances where private individuals and privately funded organisations have to step in to carry out work that government departments are unable or unwilling to do.

I am not for one moment suggesting that all owners of private reserves and game farms are altruistic. You can find good and bad examples of almost anything and there are undoubtedly those who see a private stock of endangered animals as a source of revenue and who will seek to exploit a situation for their own gain.

But that is equally true of conservationists. You will find inept and misguided conservationists, and those more interested in boosting their own image than furthering the cause they claim to support, as well as truly exceptional ones.

The success in saving the Cape Mountain Zebra from extinction cannot be claimed by South Africa’s National Parks alone. Private landowners played an important part too.

The Cape Mountain Zebra, though never locally numerous, formerly inhabited all the mountain ranges of the southern Cape Province of South Africa (now Western Cape and Eastern Cape). By 1922, however, only 400 were believed to survive.

In 1937 in response to the continued decline, the government established the Mountain Zebra National Park on acacia veld near Cradock, South Africa, but its small population of Cape mountain zebra died out in 1950. That same year reintroductions from nearby remnant populations began.

At its lowest ebb, the population fell to just 80 animals and the Cape Mountain Zebra was perilously close to extinction.

With so many healthy, breeding, populations of Cape Mountain Zebra the survival of the species is all but assured. Even if the unthinkable happened and any one population died out, it would be cause for concern but not for panic.

Indeed, with so many breeding herds spread across such a wide range, the gene pool of the Cape Mountain Zebra population is surely more robust than ever before.

The conservation of this species owes much to the owners of private wildlife reserves. Without their contribution it would have taken far far longer to bring this species back from the brink of extinction.

With this success in mind, I do not see any good reason why conservationists, National Parks departments and private landowners cannot work together to prevent the extinction of other species.

When the very existence of some species are in the balance we should be making the most of the areas of agreement, not getting bogged down on the areas of disagreement.